Peter Adamson is Professor of Late Ancient and Arabic Philosophy at the LMU in Munich. He is the author of a monograph on al-Kindi, as well as co-author of a book of translations of Kindi's works, both published by Oxford University Press. This press also publishes his book series A History of Philosophy Without Any Gaps. He has edited or co-edited numerous volumes including the Cambridge Companion to Arabic Philosophy and Interpreting Avicenna: Critical Essays. Two volumes collecting his papers on Neoplatonism and philosophy in the Islamic world appeared recently with the Variorum series published by Ashgate. 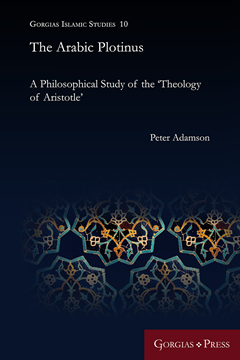 A Philosophical Study of the 'Theology of Aristotle'